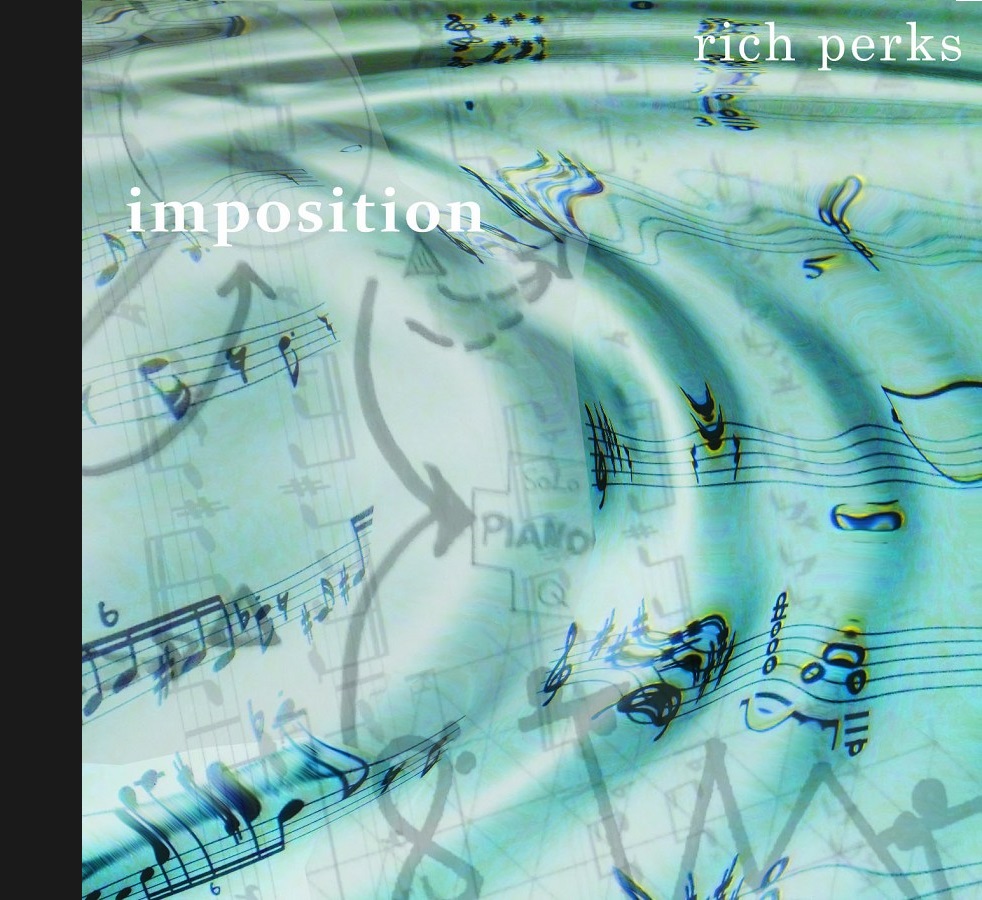 Imposition explores the relationship between composition and improvisation to varying degrees. I wanted to see how different compositional techniques or methods effect improvisations; how improvisation can occur within certain compositional parameters or boundaries and how improvisers react and perform when considering certain focal points. Starting from the first track, which is essentially a rigidly structured composition with limited solos, the degree of freedom for the improvising musician increases until we get to the last track which is a collective (loosely guided) free improvisation. The tracks in-between bridge this gap by altering the balance.

The album opens with The Giraffe in the Enigmatic Hat, a tune which is scored in detail, leaving occasional space for musicians to solo and improvise. This is followed by Verde Azul Anil which draws upon modal jazz techniques of the late 1950s, giving the musicians more choice in their improvisations, then Filthy J which explores the notion of static harmony, making the soloists work hard to maintain interest over long pedalled solo sections. ShadEs provides the improviser with an indeterminate set of musical motifs and is structurally free, as is Double Exposure which works on the same principle, although this time the focal points are graphics and have no tonal or harmonic input. II's Company relies on direction and 'game' like rules, but has limited notational input, and finally Extemporaneous Sonata comprises simply a list of 'movements' and basic instructions around which free improvisation is to occur.

As the structures of the first three tracks were pre-determined, they were recorded by multi-tracking which allowed for easier logistics (i.e. recording at variable locations; at different times; with minimal rehearsal etc.). The remaining tracks however, were all recorded as live takes as the compositions are structurally free and improvisation, interaction and direction are the governing factors.